Episode 004 – I Finally Got My Money Sh$t Together 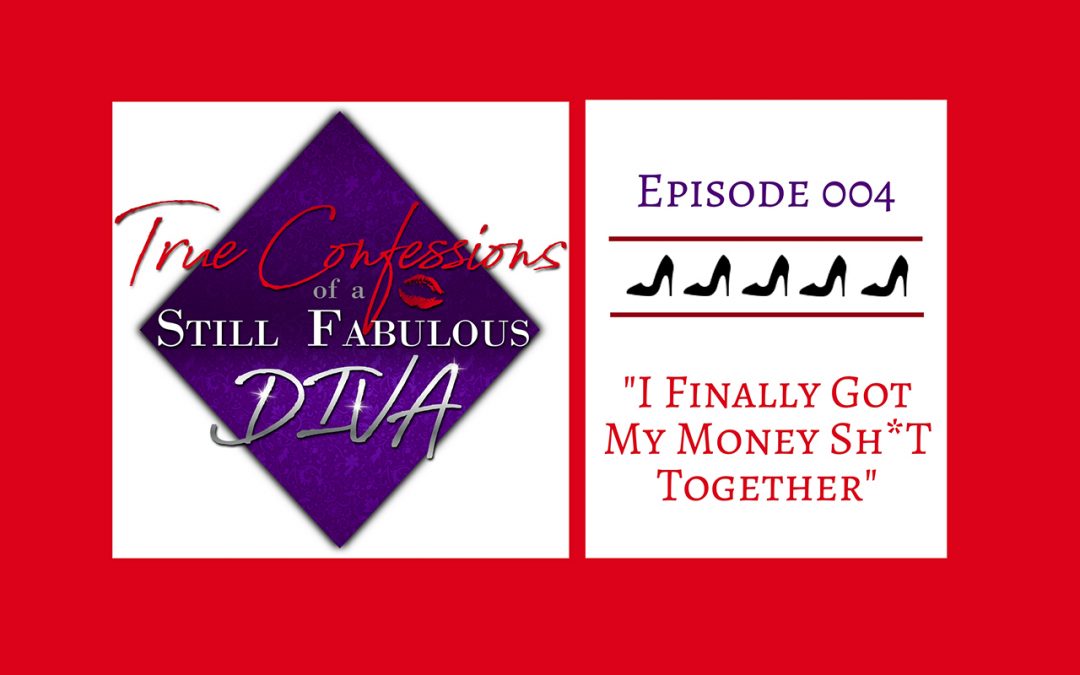 After decades of having no discipline at all with money and very little control of her income, Regina finally decided to get her money sh$t together. With a little help from Dave Ramsey’s Total Money Makeover, she is on her way to being debt free.

I have a love/hate relationship with money. I love having it. I hate when I don’t have it.

I got my first credit card in the first week of college and that lead to another and another and another until I couldn’t pay my bills anymore. I had to have my father co-sign a consolidation loan when I was a junior in college so I could get out of debt.

My addiction to credit cards and my debt situation was made worse by the fact that I never had a steady income. As a private voice teacher, I would only get paid when my students showed up and I lived from lesson fee to lesson fee. For the longest time, I couldn’t afford health insurance and certainly didn’t have funds for retirement or any kind of savings. And even when I did finally get a full time position at a university where I was paid a salary and had great benefits, my spending habits didn’t change and therefore, I still lived paycheck to paycheck.

And then something switched on in my brain. I decided I had to get my sh$t together. I bought Dave Ramsey’s Total Money Makeover and started to make a plan to follow the steps.

And I did! And it has changed everything!

Getting your money sh$t together is exactly like getting your weight under control. It won’t happen if you are not mentally ready for it. And honestly, there is nothing that I did to get ready for it. Simply put, a light went on in my brain that said, “It’s time to do something about this.” And I haven’t looked back.

First of all, I had to find out where my money went and create a workable budget. I looked back one month and wrote down all the expenses I had. I put those expenses in categories and included everyone of them in my budget so I didn’t feel that I was depriving myself although I trimmed down the amounts. Then I created a spreadsheet including all my creditors – names, total amount owed, minimum payments and due dates.  I added the minimum payments to my budget.

Second of all, I had to find a way to make more money. I raised my rates for lessons and I changed the way I got paid – in bulk each semester instead of week to week.

Thirdly, I opened a saving account where every penny I earn is deposited and I set up automatic transfers into my checking account every two weeks so I was “paying myself” a steady amount twice a month.

Finally, I became obsessed with my credit score. I joined creditkarma.com and learned what factors raise and lower my score. My score raised over 70 points in a about a year.

Naturally this is a quote from Dave Ramsey.

“You’ve got to tell your money what to do or it will leave.”

or click on the image to the right to purchase the book. It’ll change your life! 🙂