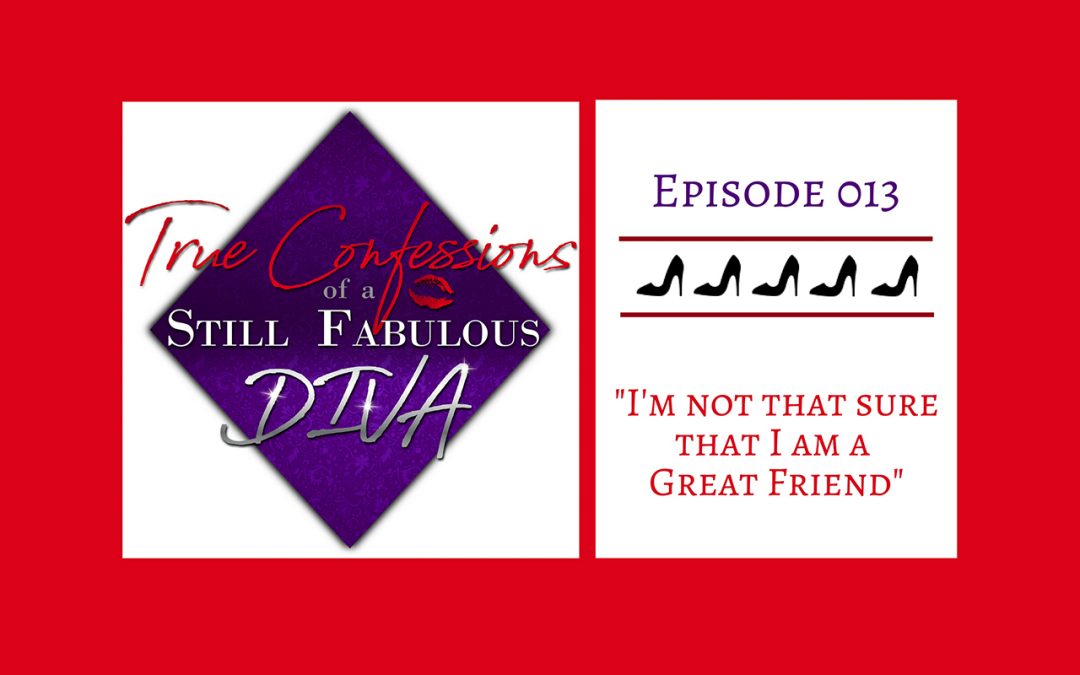 Regina has never lacked friends. Look at her Facebook friends list! HA! And while she does have a few friends that she considers her BFFs, she questions whether she really has been a good friend and ponders what friendship really means.

From a young age, I was never lacking for friends. I always had a group of people around me and I loved to socialize. I was fun and loud in large gatherings and it seemed like I was well-liked.

When I started singing professionally, I became part of this strange social world where you are thrust together with a new group of people for a month or two, you create art very intensely, you party hard, and then you leave. It was easy to make friends while you were there, you really had no choice – you might have to make out with some of these people on stage, better get to know them! There would be this sense that you were really connecting with these people. And then, 90% of the time, you would never see them again.

But in a way, the love ‘em and leave ‘em kind of relationship that the opera world fosters fit very well in my life because for some reason, I have never been the type of person who hangs on to friendships long term. I’m not quite sure why.

As I think on my lasting friendships, I truly only have a handful. And what is interesting, is that these few people are not people that I talk to on a regular basis. As a matter of fact, I will go for months or even years between talking to these people. But yet, every time we do connect, it feels like no time has passed, we pick up exactly where we left off, we share belly laughs just as easily as we share our intimate struggles and my time with them fills me with so much joy.

My true friends…when I talk to them, they make me feel like I am the most important person in the room. I know they genuinely care about me, what I am saying, what I am going through, what I am feeling. And I feel exactly the same way. I relish in hearing about their lives and experiences and feelings and I would do anything that I could to support them and make them happy.

Because the one thing about me is that I am fiercely loyal. I would do anything for those dear friends of mine, whether they asked me or not without any hesitation or expectation of reciprocation.

And perhaps that is why it hurts so much when I lose friends.

Some friendships are meant to last the test of time and some aren’t. And there’s no rhyme or reason to it. And it doesn’t mean that the friendships that don’t last were not genuine.

Aren’t we lucky that even if a friendship doesn’t last, we can still look back at it and realize that we were blessed to have it, even for a short time?

True there are some friendships that you have to work less at. But as in most things in life, in order to grow in a relationship, you have to make an effort.

For some reason, I naturally expected that the friends that I held dear would not only feel the exactly same way about me, but they would also treat me exactly as I would treat them. The problem is that, I’m not sure I ever expressed that to them.

And maybe I took more than I gave.

But one thing that I have learned is that one of the best ways to show someone that you care is to simply show up. Without expectation, with needing reciprocation. Just show up.

That means that when you are invited, if at all possible be there. When you see they are succeeding, reach out and tell them that you are happy for them. When you see they are hurting, reach out to them and do something for them that shows your support – not just a thoughts and prayers moment but something more tangible than that. Show up in little ways and in big ways on a regular basis.

Another important thing is to stop keeping score. It doesn’t matter who called last. If they haven’t called, then you need to call them. Don’t hold a grudge because they didn’t call and it’s their turn. A friendship should not be a competition. It is a give and take and sometimes you have to give a little more than you take.

The next thing is to deal with conflict. If something comes up in the relationship, don’t let it fester and bubble until it becomes an irreconcilable difference. If someone’s feelings are hurt, address it and if you are the reason someone’s feelings were hurt, listen and apologize. But don’t let the conflict sit unresolved. That will be the end of the friendship. Being willing to be uncomfortable and to work through a problem rather than bail is the sign of a strong friendship.

And finally, keep reaching out. Keep inviting them to dinner. Keep sending them texts or calling them or writing on their Facebook wall. Even if they aren’t reaching out to you as much, if you want them in your life, you need to show them. Not in a stalk-y way! But in a way that says, your presence in my life matters.

So this is why, I no longer wait for invitations. If I see someone I would like to connect with, I ask them out for coffee or dinner or something. And when someone reaches out to me saying, we should get together, instead of responding with a “Great! Let’s do it!” I respond by asking, “when are you available next week?” and I get something in the calendar. Whenever any friend, close one or not, wants to meet with me, I now make an effort to follow through. And it has enhanced my life in ways I never expected.

A quote from the 19th century poet, Ralph Waldo Emerson.

“The only way to have a friend is to be one.”

So have you been a good friend lately?