Episode 012 – I Have Been Complicit 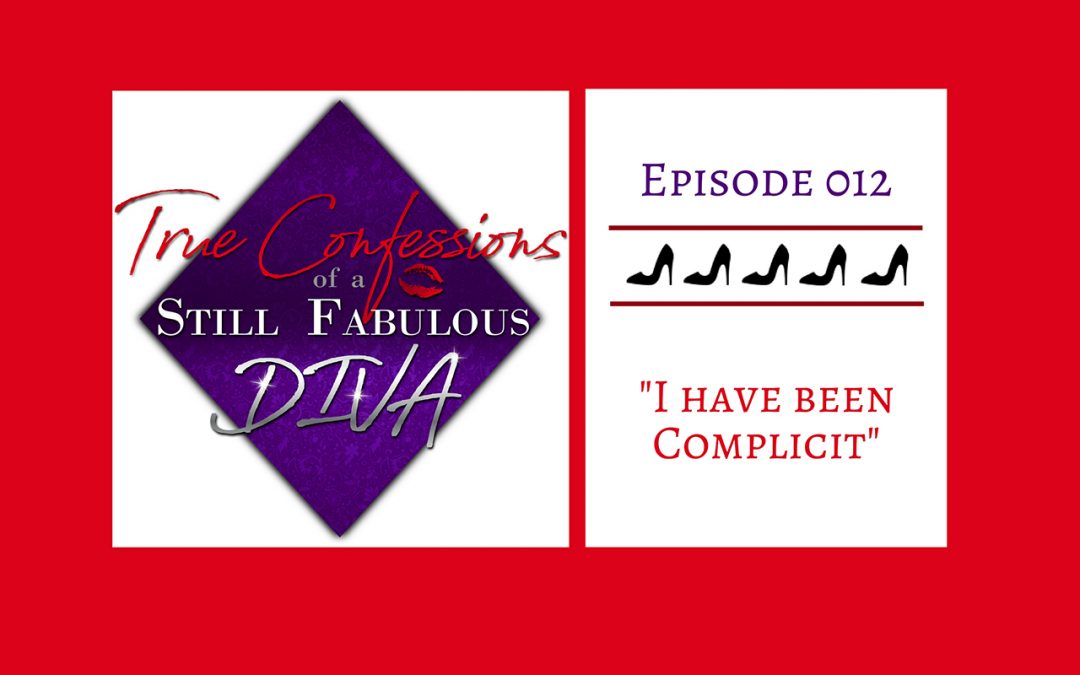 We are in moment. We are in a movement. In this era of #MeToo, we are all facing our own experiences with scrutiny and Regina has realized that in not reporting misconduct that she witnessed first hand, she has been complicit. This is her story.

So this is a hard one because I feel incredibly bad about my complicity. And at this point I haven’t been able to reconcile it. Maybe putting it out there will be the first step.

Several years ago at one of the Universities I taught at, I had a colleague who was an incredibly charismatic man. He was jovial, friendly, thoughtful and he was obsessed with teaching. He truly cared about shaping the artistic lives of his students. Teaching was what fueled him and in a way, that was inspiring.

His method of mentorship teetered between fatherly guidance and supportive best friend. Although he might not admit, he was desperate to be liked. Even when he was giving “tough love”, he needed to be needed and his personal and undivided attention to the students fed that. Most of his students craved the same thing. They were young and impressionable, just trying to find themselves. They were young artists who were asked on a daily basis to tap into their own vulnerability to grow. And when this gregarious man was there to support them, they felt like they mattered.

He was always a physically affectionate man. He gave big bear hugs to everyone, me included. The students seemed to love the attention when he would stop them in the hall to give them their daily hug. When they were feeling down, they could always count on “papa bear” to hold them close and make them feel safe.

However, I started to notice that there were often “groupies” around his office – female students mostly who would wait for the moment he opened his door so they he would smile upon them, give them an encouraging word and give them an affectionate hug. And then I noticed that some of those hugs looked rather intimate, perhaps lasting longer than was appropriate, perhaps too tight.

Then some of the young women who were not his private students would mention to me that they were a little uncomfortable by his unsolicited hugs. One said that she avoided going past his door because she didn’t want a hug from him. And they told me that some ladies would accept them hugs slightly unwillingly because they just wanted to please him. I was disappointed to hear this but all I could say was to just try to avoid him.

Then I started to hear other things – sometimes from the students and sometimes even from him. The level of inappropriateness went from bad to worse.

I never thought that he would actually enter into any kind of physical relationship with a student. That wasn’t his motivation. I think he truly believed that he was helping the students, that he was supporting them and teaching them. And the way he thought he had to do that was by creating intimacy. And I also knew that he was doing that so that he would feel loved and respected. And maybe that is how I justified not reporting him.

But now I look back at all these instances and I feel sick to my stomach. I feel sick that he would take advantage of his position and create an unsafe environment for these students. But mostly I feel sick over the fact that I did nothing, absolutely nothing to stop it. And in that way, I also abused the students because I enabled him to continue. I didn’t protect them and for that I am ashamed.

I have been complicit.

I know that that is the same as my initial confession but in trying to come up with wisdom or what I have learned about the situation, the only thing that I can come up with is the fact that I WAS complicit and there really is no excuse for it.

We are now in a moment. In a MOVEMENT. Reading the stories of these incredibly brave women (and men) who have publicly come forward with their MeToo experiences is so empowering and so disheartening at the same time. What these people have endured and largely in silence for so long is beyond imagination. The courage that it takes to stand up and be heard is beyond admirable.

I of course have had my own MeToo moments but I was so conditioned to accept these misconducts as the norm, part of the business, men just being stupid, that I dismissed them and filed them away as something that I couldn’t do anything about. And in any case, I didn’t feel threatened or unsafe. I just felt annoyed and occasionally angry that these men in positions of power felt they had the right to treat women that way. I accepted it. That’s the way the world is.

But now, women are standing up and calling bullshit on accepting this abusive world anymore. And we all are a part of it in some way or another.

And these stories do not just shine a huge spotlight on the women and the perpetrators but also on the enablers.

If I am being honest, I have witnessed injustices and abuse and consciously chose not to get involved. Because I was fearful of confrontation or I didn’t have the time to follow through or I just didn’t want to get involved.

And now I am faced with the fact that I did not protect young innocent people from being abused by a fellow teacher when I knew it was happening, I knew it was wrong and I could have helped.

And maybe admitting this all in this podcast is my attempt to try to forgive myself, a way to move past my guilt.

But the biggest thing is that I have to take this watershed moment as an opportunity. I have to stand up. I have to speak out. I have to protect those who cannot protect themselves. I can’t be afraid to get involved. And I know that it is much easier to say than do, but all I know is, this is the moment that I have to choose to DO better.

I have actually two quotes this week. One quotes is a comment on the sin of complicity and the other is a quote that can hopefully move us forward to doing better.

The first is by Abraham Lincoln:

“To sin by silence when they should protest makes cowards of men.”

And the second is a mantra that popped up on the interwebs that spoke to me:

“I am committed to being a better person today than I was yesterday. Better thoughts…Better decisions…Better Actions.”

That’s all we can do, right?