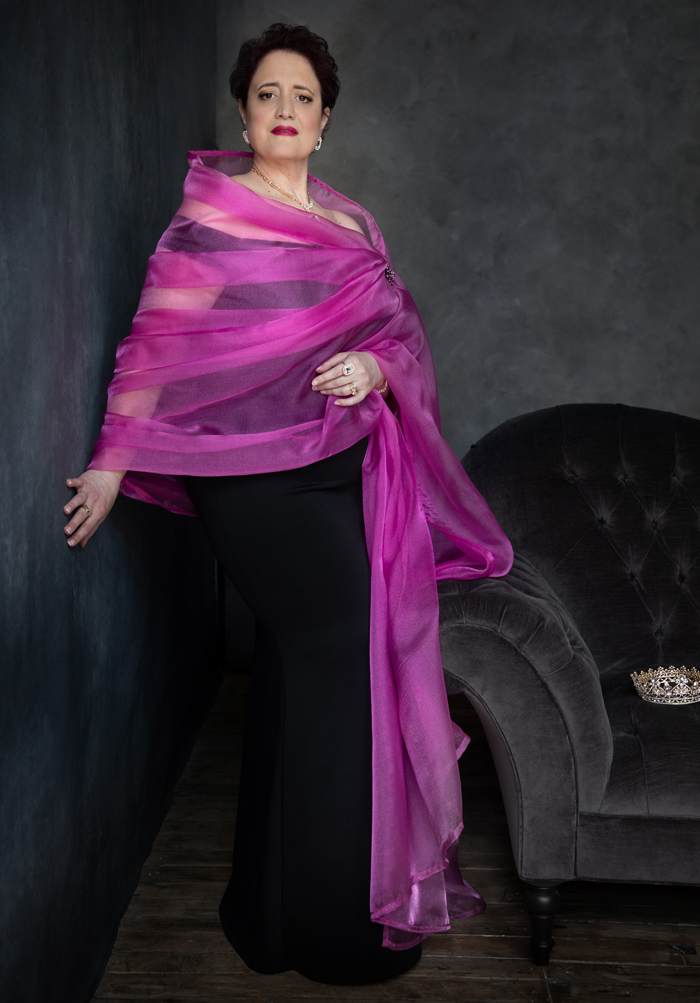 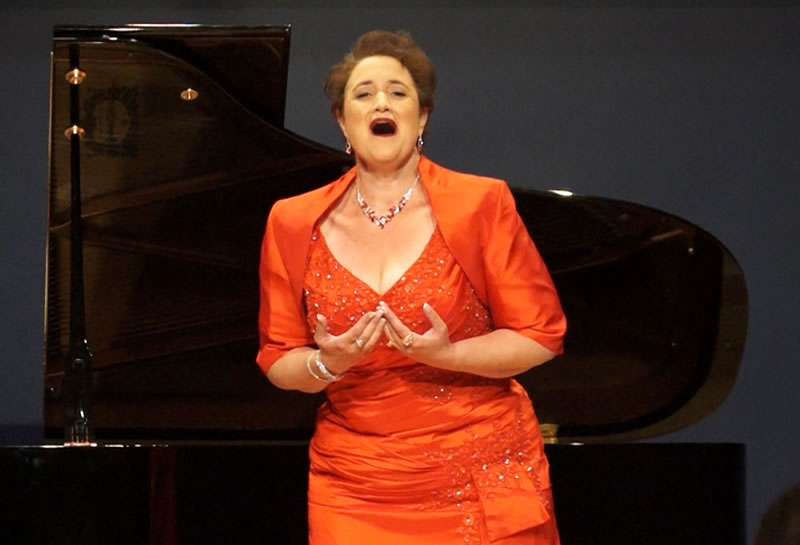 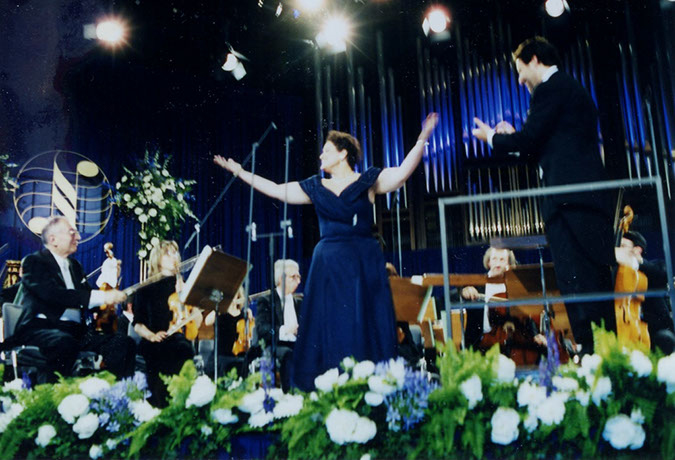 Described as having the ideal voice for Strauss, Regina Zona’s performance abilities have earned her great success and acclaim throughout her career. Her artistry personifies what it means to be versatile: Regina combines a bright clarity with depth of tone, creating a multi-faceted color capable of adapting to a broad range of art song, concert, and operatic repertoire. Her voice lends itself to these with an amazing adaptability, mastering nuance through her commitment to musical and dramatic interpretation ranging from strength and intensity to a fine, delicate conveyance. Critics have claimed Regina is “nothing short of sensational” (Sarasota Herald Tribune) and have called her “the absolute rapture of the evening” (Rome News).

Ms. Zona made her New York debut as the soprano soloist in an Evening of Mozart at Lincoln Center with the National Chorale. Since then, she has enjoyed a long history of performing with symphonies around the world in oratorio and concert works, including Knoxville Summer of 1915(Barber), Beethoven’s Symphony No. 9, Mahler’s Symphony No. 8, the Mozart Requiem, Orff’s Carmina Burana, Poulenc’s Gloria and the Vier letzte Lieder by Strauss. Regina has had the pleasure of working with some of the world’s finest conductors, such as Emmanuel Villaume, Grant Llewellyn, Victor DeRenzi, JoAnn Falletta, James Meena, and Eve Queler. Some of her favorite performances include those with Tokyo Symphony, Orquesta Sinfónica del Estado de México, and the Buffalo Philharmonic. 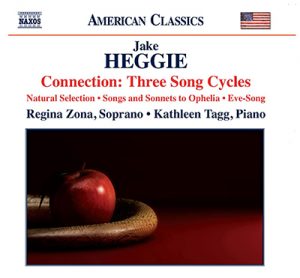 An avid and frequent recitalist, Regina specializes in the performance of American art song. Her most cherished project to date is her album entitled Connection: Three Song Cycles, comprised of works by Jake Heggie. Recorded with South African pianist Kathleen Tagg, the CD was released worldwide in 2014 by the NAXOS American Classics label. Classical Net, among many others, reviewed the album saying “Regina Zona turns in splendid performances in all songs. She adapts to the chameleonic character of the songs with seeming ease, never missing a dramatic turn or falling short on a vocal challenge. Indeed, she hits the plentiful high notes with confidence and portrays the characters here with an unerring sense for their emotional state.” The work garnered praise from Heggie himself, proclaiming Ms. Zona to be a “truly phenomenal performer.” The CD release led to a series of recitals across the country, including debut performances at SongFest in Los Angeles and the Opera America National Opera Center in New York. The collaborative duo also performed an American Song recital tourof South Africa with her in 2010 (commemorating Samuel Barber’s centenary year), followed by a second South African tour the subsequent year.

A performer on the operatic stage throughout her career, Regina’s repertoire in this genre includes the heroines of Strauss and Mozart: Ariadne in Ariadne auf Naxos, Chrysothemis in Elektra, and Donna Anna in Don Giovanni, as well as some of the great 20th century divas including the title role in Vanessa. Additional roles performed include Odabella in Verdi’s Attila, Leonora in Fidelio, Vitellia in La clemenza di Tito, Alice Ford in Falstaff, and the title role in Tosca.

The soprano’s technical prowess and dramatic ability were evident from the start of her career; Regina received much critical acclaim for her portrayals of the Queen of the Night in Die Zauberflöte, a role she performed with Opera Theatre of St. Louis, Toledo Opera, Sarasota Opera, and Tulsa Opera, as well as performances in Philadelphia. The Toledo Blade exclaimed, “From her first hypnotizing entrance [Zona] never failed to portray the embodiment of unrepentant deception. And that, considering the coloratura vocal requirements, was no easy task.” Of her Musetta in La bohéme, Opera Magazine described her as having “tone to spare…a multicolored vocal portrait, filled with compelling nuances.” Ms. Zona continued to impress, winning the highly distinguished Neue Stimmen International Vocal Competition in Gütersloh, Germany, and she also took First Place honors in the Mario Lanza Competition, Giargiari and Arturo Bel Canto Competition, and the Liederkranz Society of New York Competition.

In addition to her work as a performing artist, Regina also excels at the training of young artists. She has held teaching and director positions at several universities in the U.S., including serving as the Opera Program Director at the University of Minnesota Duluth from 2008 to 2012 and as Artistic Director of the Sieur Du Luth Opera Training Program for young aspiring opera singers from 2008 to 2010. Regina received her Doctorate of Musical Arts degree from the Manhattan School of Music, an Artist Diploma from the Academy of Vocal Arts, and a Bachelor of Music degree from Northwestern University. She currently resides in the New York area, where she offers voice lessons and dramatic coachings.

by Jake Heggie | Songs and Sonnets to Ophelia

Kölner Rundfunk Orchester, Steven Sloan, conductor
This is a blast from the distant past but some of my fans requested that I post it!

“From her first hypnotizing entrance (Ms. Zona as the Queen of the Night) never failed to portray the embodiment of unrepentant deception. And that, considering the coloratura vocal requirements, was no easy task. When the hard parts come most sopranos just set their feet and belt away. Not Zona. She kept her character throughout.”

“…Regina Zona, the soprano singing the Queen of the Night, made some virtuoso points in her two arias. She attacked the climactic notes accurately and sang with something approaching fury.”

“…Regina Zona scaled those formidable heights with a brilliantly ringing sound and tonal accuracy on those repeated high F’s. Her commanding presence and sweeping gestures added authority to the part.”

“Regina Zona, soprano, and David Oliver, piano…opened the second half of the program with a dramatic interpretation of the first three lieder from the “Vier Letzte Lieder” by Richard Strauss. Ms. Zona’s phrasing was superb, equally matched by clarity of diction and wonderful intonation. She captured the character of each lied, supplying a wealth of vocal coloring and nuance.”

“The absolute rapture of the evening…was Regina Zona’s interpretation of the aria, “Casta Diva”, from Vincenzo Bellini’s Norma. Considered one of the most difficult pieces in the soprano repertoire, ….Zona’s performance took my breath away. Her subtle manipulations of delicate longing, combined with agonizing energies in desperate and maddening crescendos, fused to paint a believable picture of the tormented and distraught Temple Prophetess, Norma…”

“Regina Zona displays her fine acting skills in her recitative and heroic aria “Or sai chi l’onore,”…Her piano reading of what can be an unremittingly forte aria is intriguing, and the edge she gets in her upper register in fortissimo passages only adds to the drama.”

“Regina Zona’s “Glitter and Be Gay” from Leonard Bernstein’s “Candide” was nothing short of sensational. The aria is a tour de force, anyway, but the diva was magnificent.”

“Regina Zona stole the show in the second-act Cafe Momus scene with her brilliant soprano and outrageously seductive characterization of Musetta, Marcello’s ex-lover.”

“Regina Zona had tone to spare as Musetta; this was a multicoloured vocal portrait, filled with compelling nuances.” 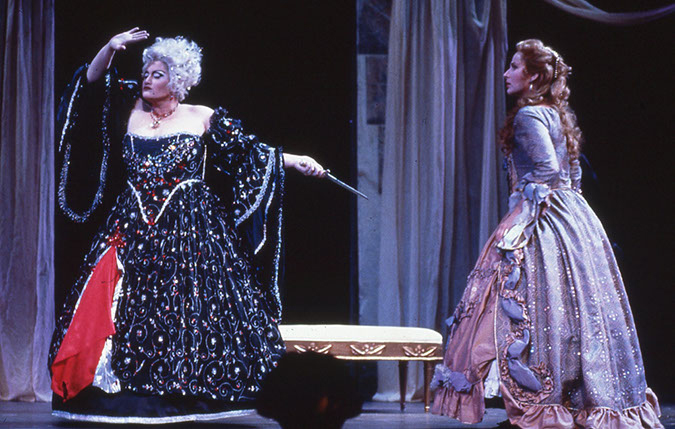 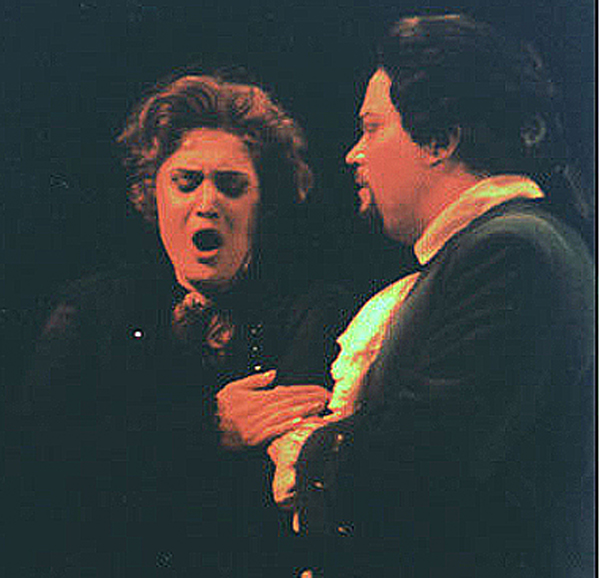 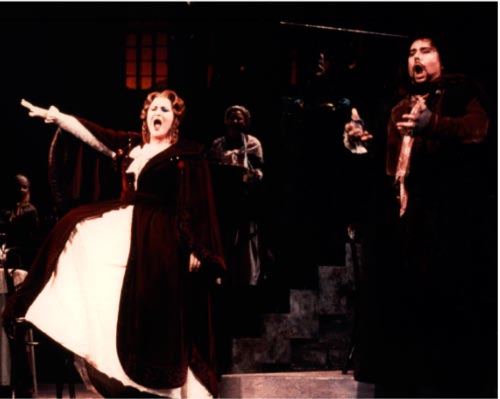 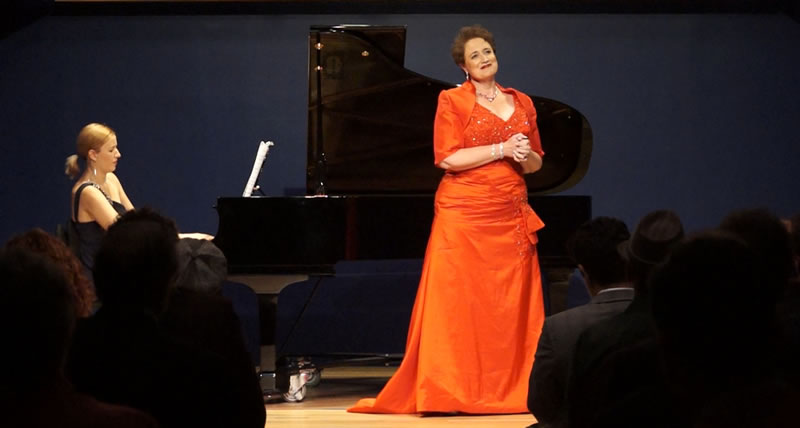 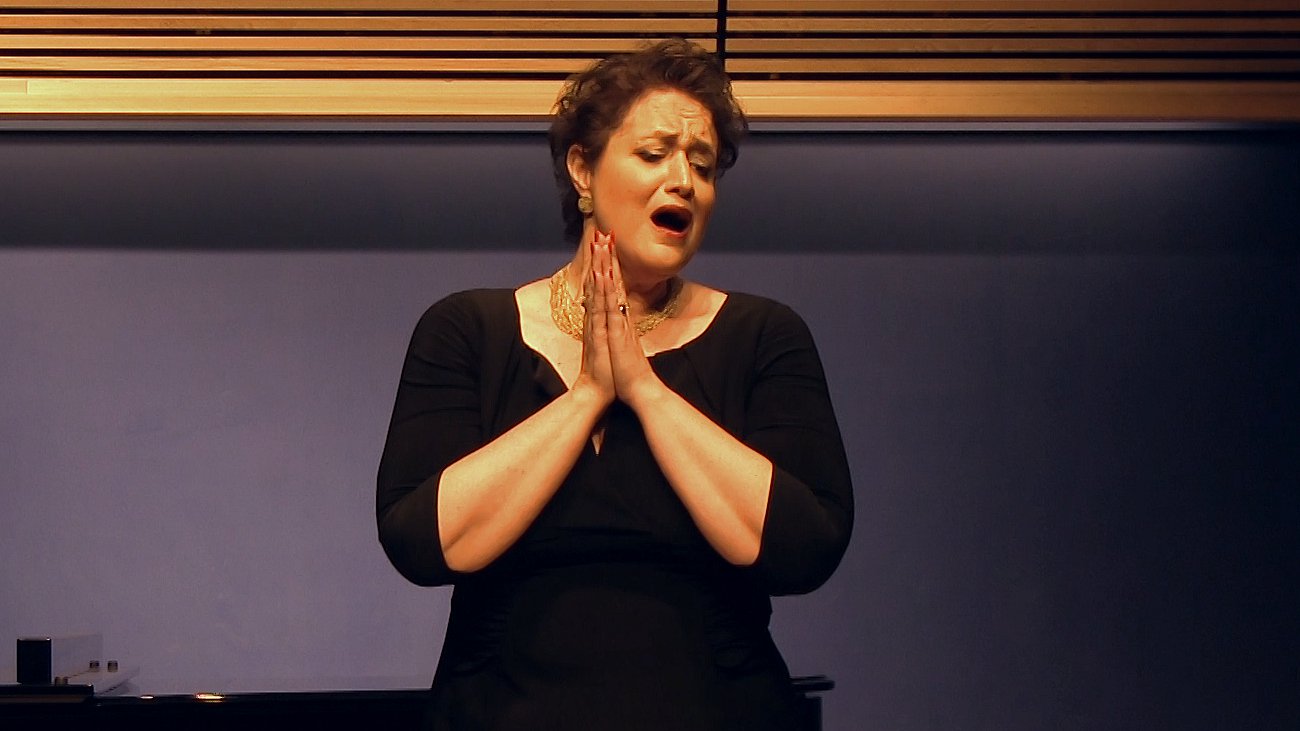 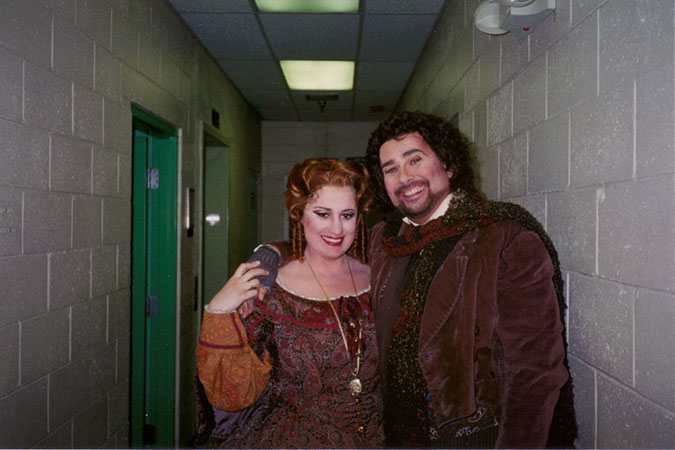 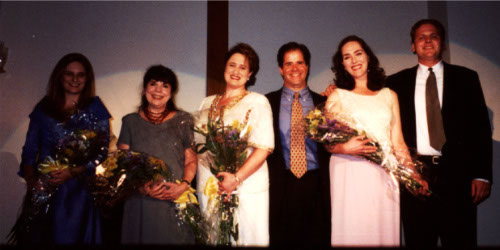 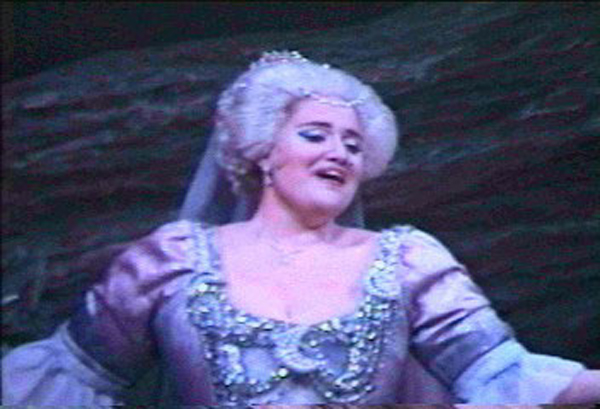 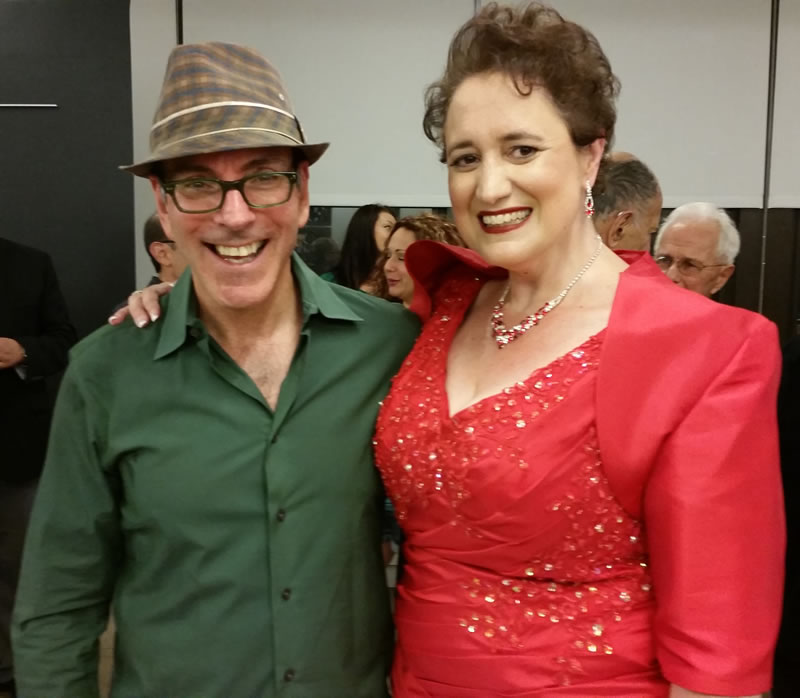 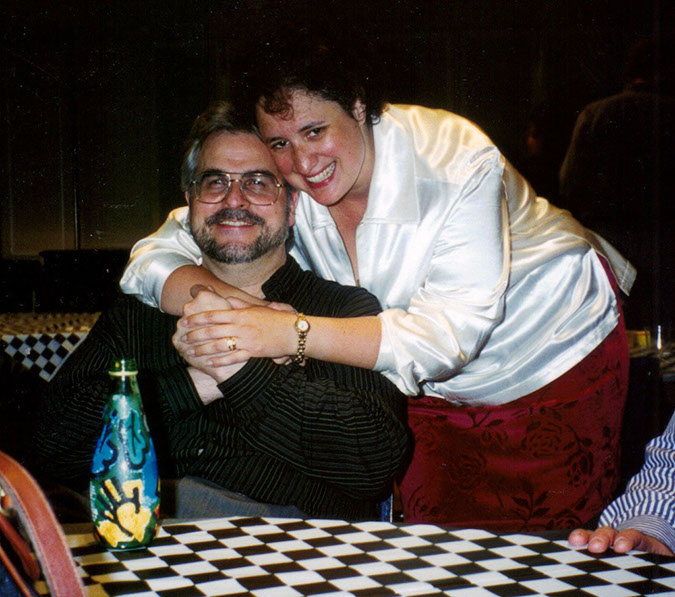 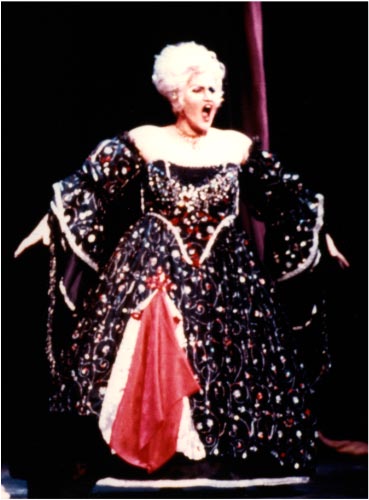 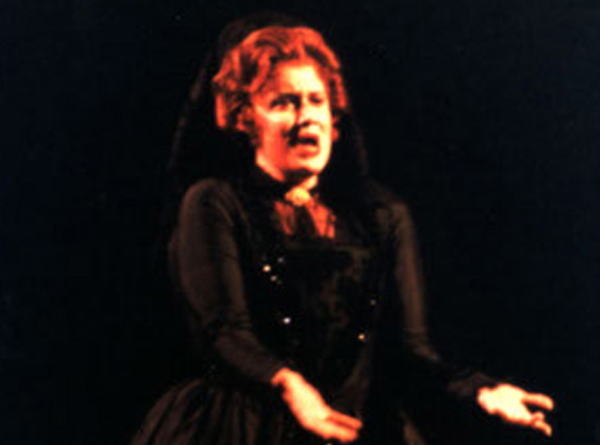 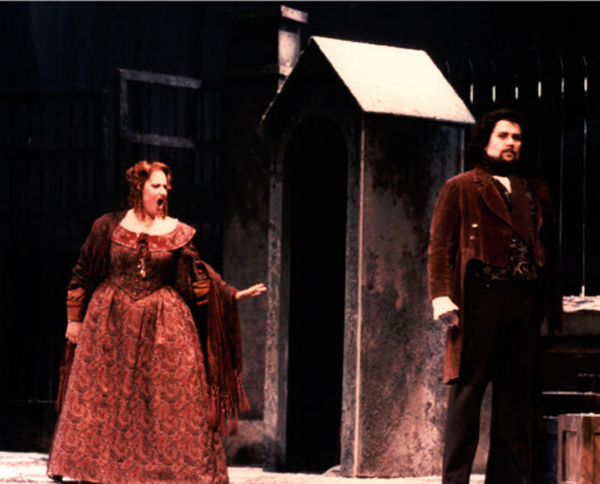 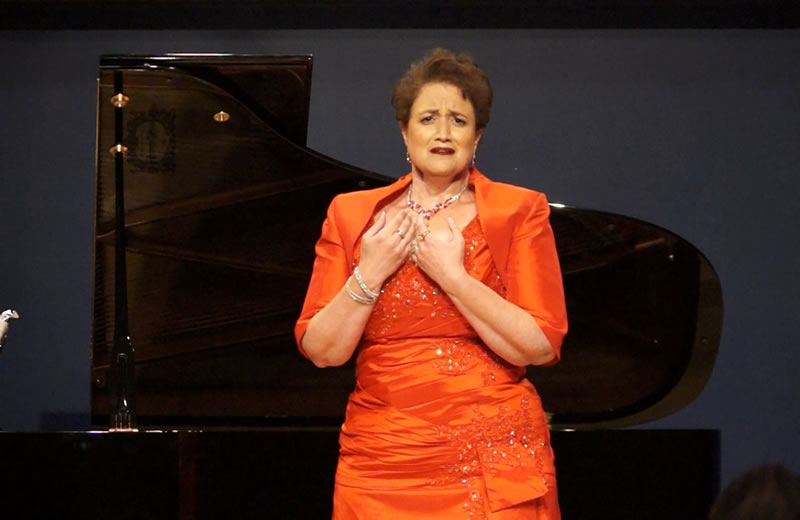 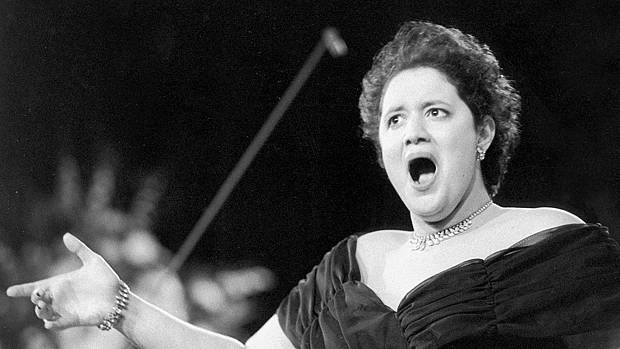 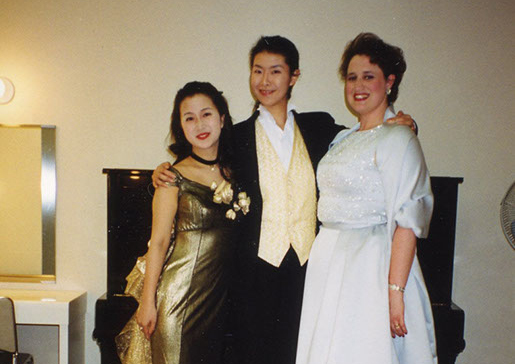 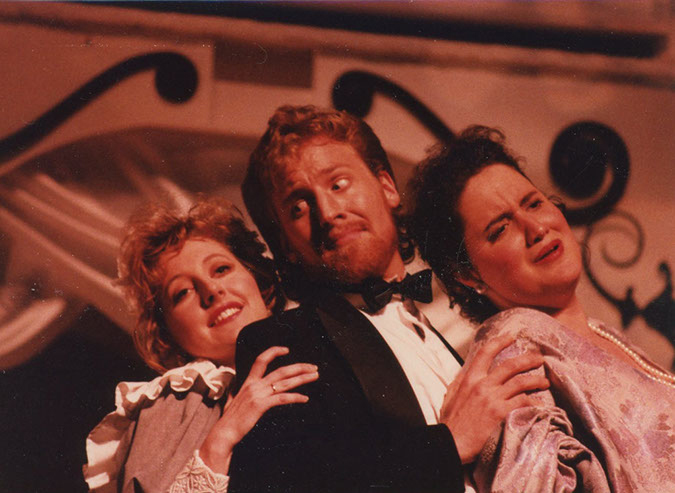 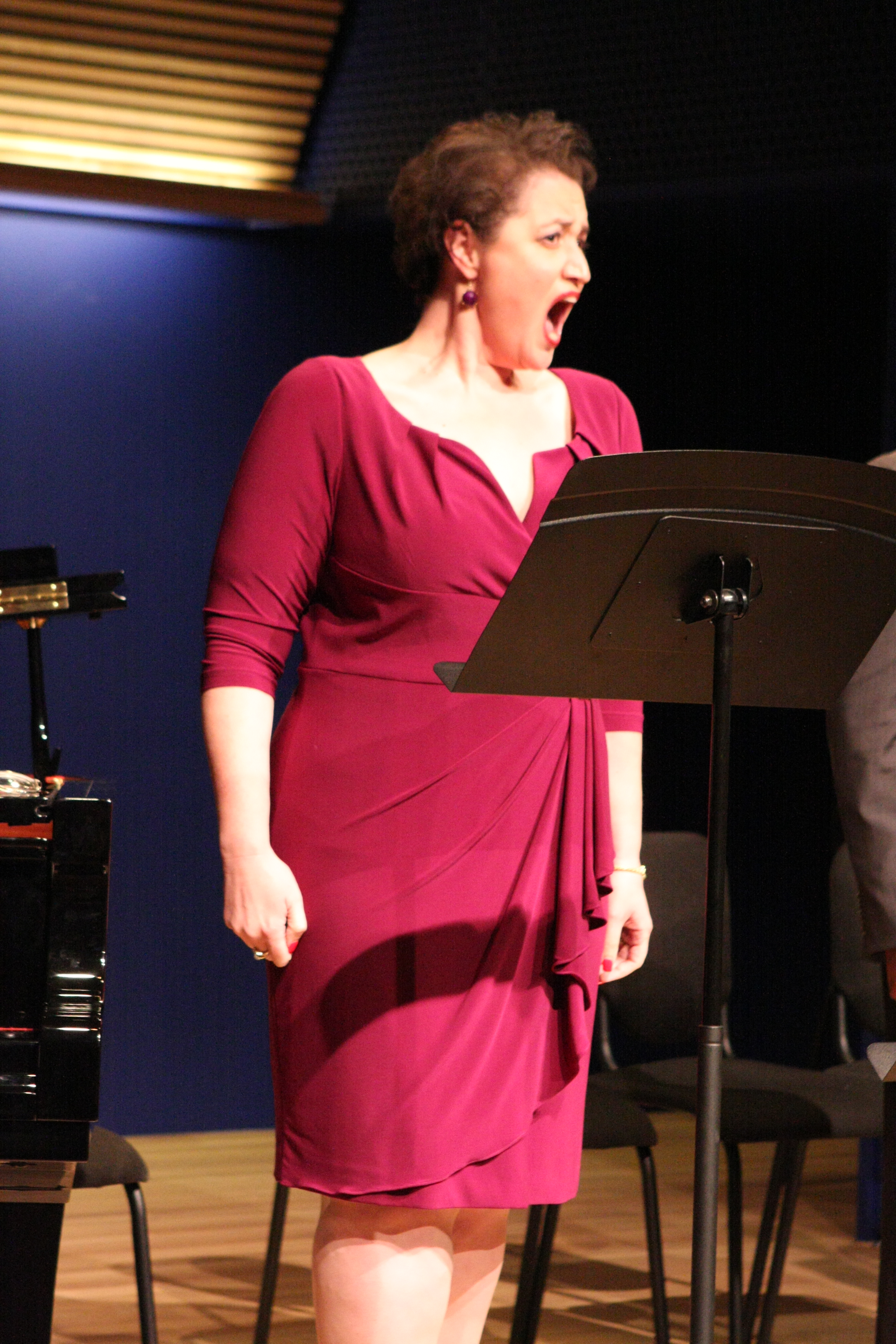 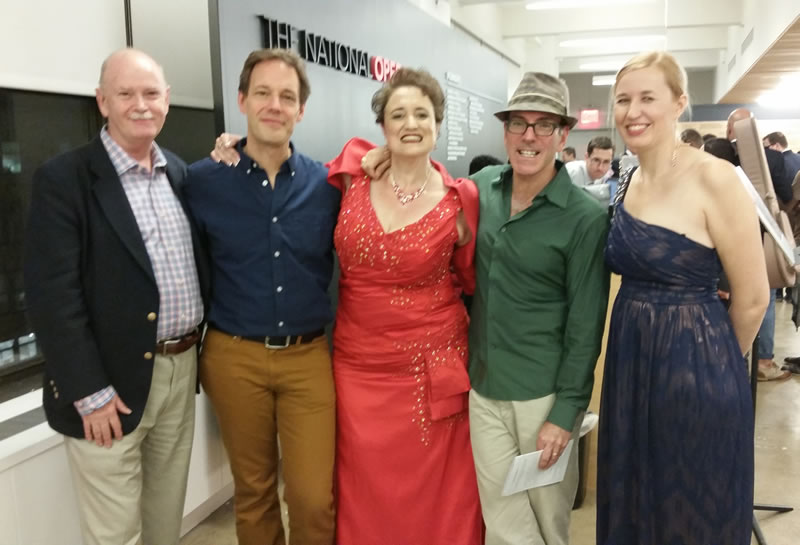