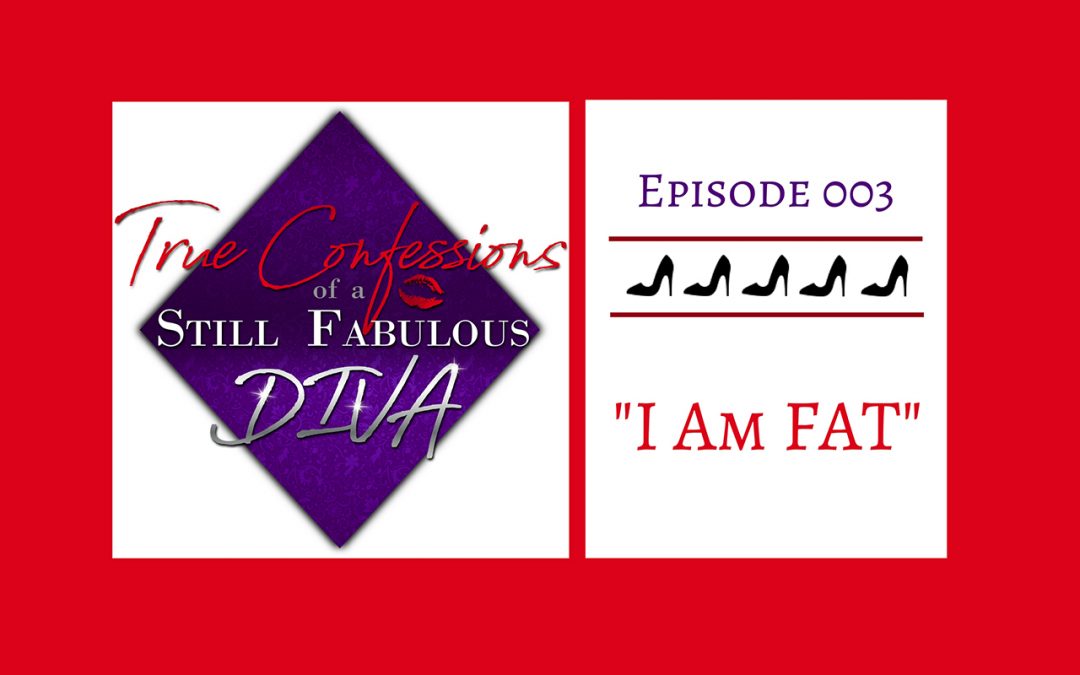 In this episode, Regina gets real about her life-long struggle with her weight and how she doesn’t let her weight define her any longer.

Maybe it’s nicer to say “curvy” or “voluptuous” or “full figured.” But I have fat like we all do and there’s no getting around it, I am fat and have been most of my life.

When I was in elementary school, I quickly grew out of my gym clothes. In middle school I grew to a size 12. By the time I was a junior in high school, I was a 16-18. And in college, I topped out at a size 22.

I tried everything I could to lose weight. I did Weight Watcher’s, Jenny Craig, IdealShape, the grapefruit diet, Atkin’s, the Body Type diet, The Mediterranean Diet, LA Weight Loss (do they still exist?), Dr. Phil’s diet, and the list goes on and on as it does for fat people.

But here’s the thing. As a teenager and as a 20-something, I was confident! I thought I knew how to make myself look good! I would tell people that I knew when I walked out on stage people didn’t notice that I was fat because I was so confident, they just noticed my attitude.

I was probably wrong.

In spite of this, I had success in my budding career. I won competitions and I got cast in operas. I was even cast as one of opera’s sexiest characters, Musetta in La Boheme, at an excellent regional company, when I was heavy. So I thought I was above the discrimination.

When my operatic career started to wane, I was compelled to eat more and when I finally decided to focus on my teaching career, I finally felt free because I no longer had to be skinny! And I was still confident. Mostly because I refused to actually look at myself in the mirror or in pictures.

It was a difficult decision but I decided to have weight-loss surgery and while it was not easy, it was the best decision that I could have ever made.

Being fat does not define me. I have decided that it no longer serves me to be obsessed with my weight.

I know longer give myself a guilt trip for indulging the way I want. When I decide to have the cream puffs or the donut, I acknowledge that I’m making a choice to eat that. That doesn’t make me a bad person. It doesn’t mean I am out of control. I eat it because I want it. And I realize that I have the control to make a different choice if I wanted to. And sometimes I do.

What I suggest is that you simply make a conscious effort to pay attention. Pay attention not only to what you eat but also what you say to yourself. When you pick up that donut, say to yourself, “I am choosing to eat this donut and I am going to enjoy it.” And then enjoy it. And then maybe the next time you decide to pick up the donut, you’ll be present and say, “You know, I don’t need this donut right now.” And then maybe you choose something with a few less calories. And if not, that’s OK. Just be conscious and then there is no reason to feel guilty about it.

Your fatness is not a character flaw. And it’s time to stop thinking of it as such. 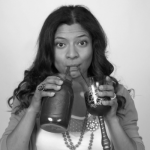 Connie Andrea Trowbridge wrote an article for the Huffington Post called, “‘Just F*cking Eat Already!’ On Overcoming Food and Diet Obsession.” She had some practical advice that she learned on her journey and the first one was this:

“Practice gratitude. Focusing on my strengths and not what I perceived as faults really helped to begin that mindset shift. I stopped obsessing over the body I wanted to have, and instead focused on the great things about the body I already had.”