Ageism is real, folks. And Regina has been affected by it. In this episode, Regina discusses her challenges with ageism and how she has tried to overcome it.

I’ve been a DIVA for a long time.

Dictionary.com defines a DIVA as “a distinguished female singer.” I agree.

Merriam Webster defines DIVA as “a usually glamorous and successful female performer or personality.” That’s me.

Urban Dictionary defines DIVA as “A fierce, often temperamental singer who comes correct. She is not a trick ass hoe, and she does not sweat da haters.”

OK, still could be me.

So for those of you who don’t know how I became a Diva, I wanted to share a little of my background.

It all started when I was cast as Maria in West Side Story in high school. The high notes, the dramatic scenes, the final bow….it was written in the stars that I was born to be on the stage! That led to Northwestern University and the Academy of Vocal Arts and soon I was a working opera singer!

My most popular role was the Queen of the Night and really, is there more of a DIVA role than the Queen of the Night? But eventually, I sang my “last” Queen (I got fired, really) and it forced me to stop singing for a while. After a few years, I decided to go back to school to get my doctorate at the Manhattan School of Music and then started an academic career teaching voice, opera and musical theatre at universities around the country. But academia killed my creative spirit and ultimately I quit my job, moved back to New York and decided to restart my opera career.

But I went into it with my eyes wide open. I was then 43 years old trying to restart a career where young, pretty and new is the only thing that matters. I was prepared to be told that I was too old to jump back in but I went to some of the trusted experts who knew me in my past life and every single one of them encouraged me to try. But I couldn’t get an agent to sign me because I was told by one of them that opera companies were telling him that they wouldn’t hire older singers.  They said their audiences want the young stars.

But I kept on going and eventually I did find an agent who couldn’t care less about my age, in fact he wanted to exploit it because I was a real artist, not a baby who had nothing to offer.

But unfortunately, that relationship was short lived – which is a fun little story for another episode. And ultimately, I decided that my operatic career was over.

But in your thirties, all of a sudden you slow down a bit and it’s no longer about the external stimulation that is the driving force of your life but instead you look inward to try to figure out, who you really are.

In my early thirties, I went through a bit of an existential crisis which caused me to read a lot of self-help books and forced me examine every part of my life – myself, my relationships, my career. But after that, when I had done the work, I realized who I was and what I believed and ultimately the most important thing happened….I allowed myself to become vulnerable.

And that resulted in becoming a more grounded singer and a more honest performer.

So this bull about companies only wanting young performers who are not fully developed, vocally, artistically or emotionally, MAKES NO SENSE!

But this is our reality. And we can fight and rail against it, and we might chip away at the bias here and there, but in the end, we more mature performers, especially mature women, cannot force companies to hire us.

The first thing we have to do is get clear about what we want. And sometimes that means altering our dreams a bit. The goals we had when we were younger may not be realistic anymore and we have to figure out why we really wanted those dreams in the first place. And what about those dreams fit our goals now?

That’s the thing, if we have done the work on ourselves, we mature women know what our values are and most importantly know our own value. When we actually focus our goals on that value, we have a deeper connection to our goals and will be more successful at achieving them.

So we’ve adjusted our goals and now we have to take the steps necessary to put them into action.

The other thing that age gives us is the wisdom to know that we can’t do everything alone. And on top of that, if we are lucky, that wisdom gives us the confidence to ask for help. Finding people who will advise you or support you and even want to work with you or for you is going to be vitally important. While you might be able to do it on your own, the journey will be so much more enjoyable and satisfying if you have people standing beside you.

The point is that while ageism is a stupid and irrational prejudice that is prevalent in every faction of society, it doesn’t have to define us. Instead it forces us to embrace our worth so that we can define ourselves. 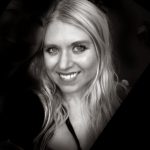 From idealist author, Victoria Erickson, this sums up what I feel about ageing.

“I love getting older. My understanding deepens. I can see what connects. I can weave stories of experience and apply them. I can integrate the lessons. Things simply become more and more fascinating. Beauty reveals itself in thousands of forms.”

Embrace your age! You can do anything! Dammit!